The State of Missouri is composed of several unique regions, requiring ample representation in the state government. For this reason, our state has one of the largest general assemblies with 197 combined senators and representatives. Due to the shear abundance and diversity of legislation passing through the assembly each session, legislators often must rely on external guidance to be adequately informed. 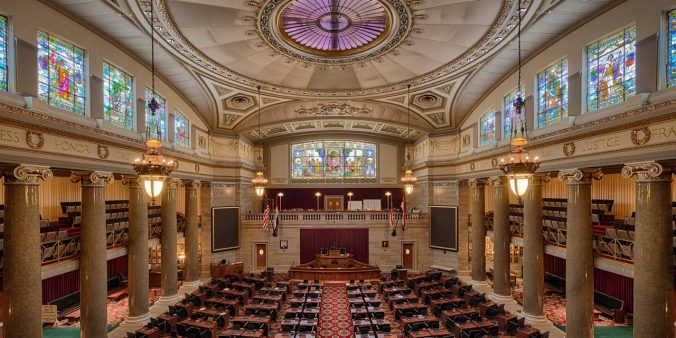 While there are several legislators with advanced degrees and STEMM backgrounds, few remain practicing scientists or engineers and are not familiar with the most up-to-date scientific information. Further, partisan politics may prevent these legislators from acting as an expert source of information to their peers. Because of these factors, the MOST Policy Fellows add additional scientific capacity to the General Assembly and help to advise legislators without scientific backgrounds on STEMM related issues.

Each branch of the Missouri government plays an important role in the development, implementation, and analysis of legislation. These laws and regulations make a huge impact on the daily functions of society. One of the three branches is the Executive Branch, which consists of sixteen administrative departments covering a variety of aspects from agriculture to public safety and  more. Six elected officials compose the Executive Branch, and Governor Michael L. Parson (R) is currently the head. The Lieutenant Governor, Secretary of State, Auditor, Treasurer and Attorney General are, respectively, Mike Kehoe (R), Jay Ashcroft (R), Nicole Galloway (D), Scott Fitzpatrick (R), and Eric Schmitt (R).

Missouri’s Governor has a duty to appoint board members of the state executive departments as well as state universities. Michael L. Parson congregates with the General Assembly in order to facilitate communication and helps push for government action when necessary. The governor, also, may pass or reject bills proposed by the Senate and House of Representatives. Parson’s responsibilities extend to the Missouri National Guard as the Commander in Chief.

The public is offered the opportunity to exercise their rights through commenting on administrative rule changes made by state agencies. Public comment periods offer a chance for input prior to officials’ final rulings. All comment periods are open for 30 days and are listed through the Missouri Register.