Dan earned a BA in Telecommunications from Indiana University in 2003. He worked in sports broadcasting, music videos, and TV journalism before moving to Missouri in 2008 to pursue a career in news. Dan produced the short film, Last Days of Shaniko in 2010, and produced morning TV news broadcasts in Kansas City until 2014. Dan developed a passion for science and public health after a career in communications. He started attending science classes at the University of Missouri Kansas City and Rockhurst University in 2012. In 2014, Dan became a surgical tech, assisting surgeons and nurses with multiple surgical technologies in the operating room. In 2019, he received an MS in Global Health from the University of Notre Dame, researching malaria and vector behavior in South America. Now Dan is combining his passions for communication and science as the Local Science Engagement Network Coordinator. 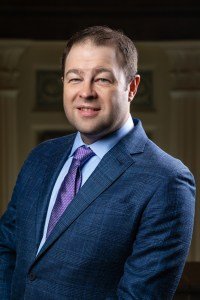