Barbara Schaal is the Dean of the Faculty of Arts & Sciences and the Mary-Dell Chilton Distinguished Professor at Washington University in St. Louis. Schaal was born in Berlin, Germany and grew up in Chicago, IL, USA. She graduated from the University of Illinois, Chicago with a degree in biology and received a Ph.D. from Yale University. She is a plant evolutionary biologist who uses DNA sequences to understand evolutionary processes such as gene flow, geographical differentiation, and the domestication of crop species. Her current research focuses on the evolutionary genomics of rice. She has been president of the Botanical Society of America, the Society for the Study of Evolution and the American Association for the Advancement of Science. She is an elected member of the American Academy of Arts and Sciences and US National Academy of Sciences where she served as Vice President for 8 years. She was appointed as a US science envoy by former Secretary of State Hillary Clinton. Schaal has served as chair of the Division on Earth and Life Studies at the National Research Council and was a member of President Obama’s Council of Advisors for Science and Technology from 2009 to 2017. She received the National Science Board’s Public Service Medal in 2019. 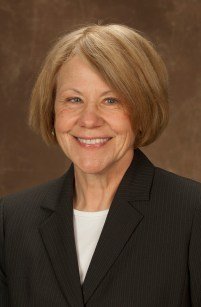