Dr. Rob Myers is Regional Director of Extension Programs for the USDA North Central Region Sustainable Agriculture Research and Education (SARE) program. He also serves as the USDA-SARE National Liaison for Cover Crops and Soil Health, providing leadership on a number of national efforts aimed at improving soil health. He is based at University of Missouri, where he holds an appointment as an adjunct faculty member in Plant Sciences.

Dr. Myers has a substantial history of involvement in science and agriculture policy, starting with his time as a Congressional Science Fellow working on the U.S. House of Representatives Agriculture Committee. In the mid-1990s, he served in the executive branch as a National Program Leader for Sustainable Agriculture at the U.S. Department of Agriculture. Over the last 30 years, he has led or served on a number of national task forces and councils involved with agriculture and other science policy issues.

He is frequently a technical expert for stories by national media on agriculture, conservation, and climate, having been quoted in the New York Times, Washington Post, USA Today, Politico, and NPR. He has given a number of talks at national meetings on policy issues, and has recently been an invited speaker at Congressional briefings on conservation for both House and Senate staffers. He currently co-chairs a national soil health policy committee and serves on the national AGREE Economic and Environmental Risk Coalition.

His Ph.D. in agronomy is from University of Minnesota, and he grew up on a family farm in central Illinois. 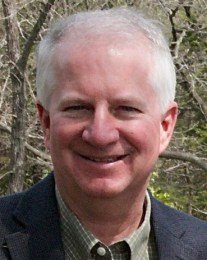