Mike received a doctoral degree in the Department of Political Science at the University of Missouri—Columbia. He researches different aspects of Chinese investments in Latin America, as well as extractive protests in Latin America. He is also pursuing the certificates of Public Management, Nonprofit Management, Global Public Affairs, and Grantsmanship from the Truman School of Public Affairs. He holds a B.A. in International Relations with a concentration in international development from the University of Delaware. During his time as an undergraduate, Mike had the opportunity to intern in the district office of U.S. Representative Frank Pallone, Jr. as well as for Delaware’s Attorney General Beau Biden. He received his M.A. in Comparative Politics and International Relations with a minor in international development at the University of Missouri—Columbia. After graduating from the University of Delaware in 2011, Mike served as a Peace Corps Volunteer in Nicaragua for 27 months (2011-2013). After his service in Nicaragua, Mike extended his Peace Corps service as a Peace Corps Response Volunteer in China for 6 months. During his time at Mizzou, Mike has been awarded the Paul D. Coverdell Peace Corps Fellowship and the Cambio Center Fellowship. Mike is also a Brady Deaton International Development Scholar and the J.G. Heinberg Scholar of Political Theory and Comparative Politics. Mike also served as the University of Missouri’s Graduate Professional Council’s Director of State Affairs and the graduate student representative for the Associated Students of the University of Missouri System for two years. 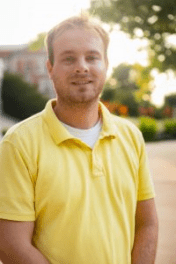