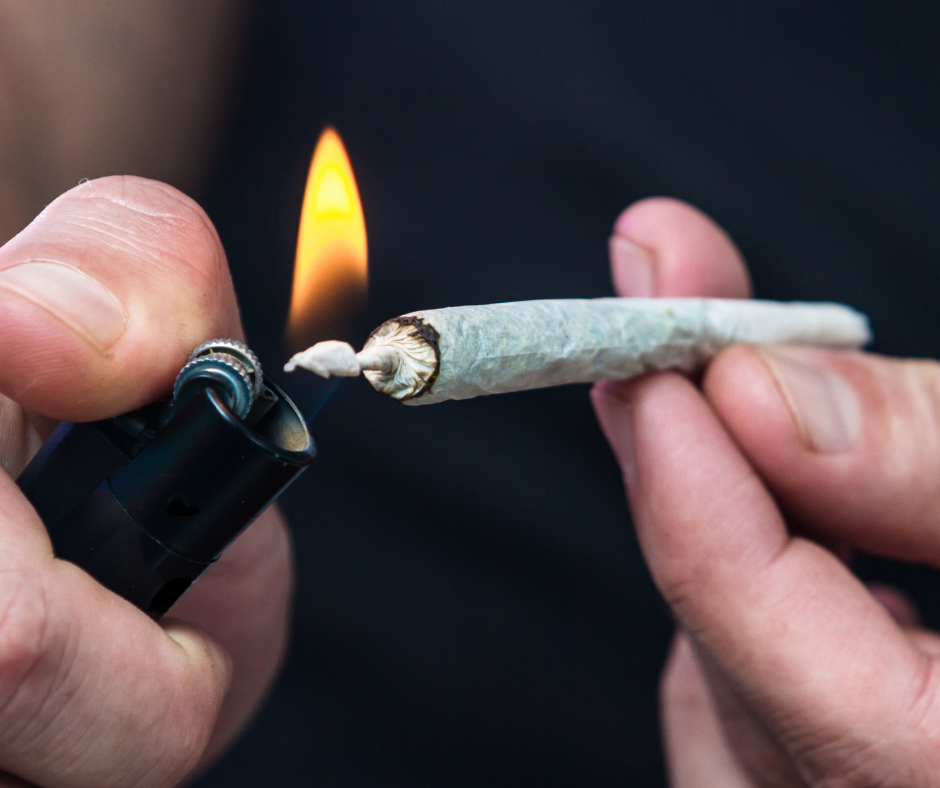 The American Psychological Association defines Cannabis Use Disorder as “a problematic pattern of cannabis use leading to clinically significant impairment or distress.”

Cannabis laws vary greatly between states. Increases in CUD remain low despite modest increases in cannabis use after recreational and medical cannabis legalization.

Frequent cannabis use may lead to Cannabis Use Disorder (CUD).

Two chemicals, delta-9-tetrahydrocannabinol (THC) and cannabidiol (CBD) are the primary compounds of cannabis. THC specifically drives the reinforcing behaviors that lead to CUD. (Patel, 2022) The chances of developing CUD are increased when cannabis is used frequently or use begins in adolescence. (CDC, 2020)

CUD can cause withdrawal symptoms, psychosis (e.g., hallucinations, delirium), panic and anxiety, disturbance in sleep, and physiological and behavioral changes. At least two of the following symptoms must consistently occur in a 12 month period for the diagnosis of CUD:

It is difficult to study the health effects of cannabis because THC levels vary and have doubled on average from 2008 to 2017. (CDC, 2020)

Cannabis use & CUD in Missouri

Roughly 1-in-10 cannabis users develop CUD. (CDC, 2020) About 15% of Missourians over 12 reported use of cannabis at least once in 2019, although cannabis use may be underreported. In Missouri, substance use disorders (SUD) from cannabis are lower than those for prescription opioid use, illicit drug use, and alcohol use (Figure 1). (SAMHSA, 2019)

Between 2005-2014, admission into the Division of Behavioral Health Program for Substance Abuse declined for cannabis (20%) and cocaine users (80%), and increased for methamphet-amine, heroin, and analgesic users (roughly doubling for each). (Missouri DMH, 2015)

Cannabis use may be connected to some mental health disorders.

The effect of cannabis use on mental health is difficult to determine due to differences in human genetics, THC-potency, use frequency, and age at first use. Established connections between cannabis use and mental health disorders include:

However, cannabis use may also have therapeutic benefit in the treatment of anxiety, the effects of traumatic brain injury, and post-traumatic stress disorder (PTSD) symptoms. (National Academies of Science, 2017)

Recreational and medical cannabis legalization is connected to small increases in cannabis use & CUD.

Given the recency of recreational cannabis laws, few studies have measured the effect of cannabis legalization on CUD.

In the earliest states to legalize recreational use (CO, WA, AL, & OR), one study found that self-reported cannabis use slightly increased in the 12 months after legalization. (JAMA, 2019)

Increases in CUD after recreational legalization, however, remained below 1% of the population for any age group (Table 1). Another study showed similar changes by race (Table 2). No increases in self-reported cannabis use were seen in the under 20 group in any demographic, which is below the legal recreational purchase age in any state. (JAMA, 2021

Less restrictive policies on high THC content and purchase frequency may increase the chance of CUD. For example, states like WA have seen a 5x increase in high-THC product use, and separate studies suggest these are the most likely concentrations to result in negative cognitive effects, psycho-motor impairment, CUD, and psychosis in users. States with medical cannabis laws have also seen a decrease in opioid deaths since legalization while seeing no effect on alcohol or tobacco use. (Smart, 2019)

MOST Policy Initiative is a 501(c)3 nonprofit organization that provides nonpartisan research information to members of the Missouri General Assembly upon request. This Science Note is intended for informational purposes and does not indicate support or opposition to a particular bill or policy approach. Please contact info@mostpolicyinitiative.org with any questions.