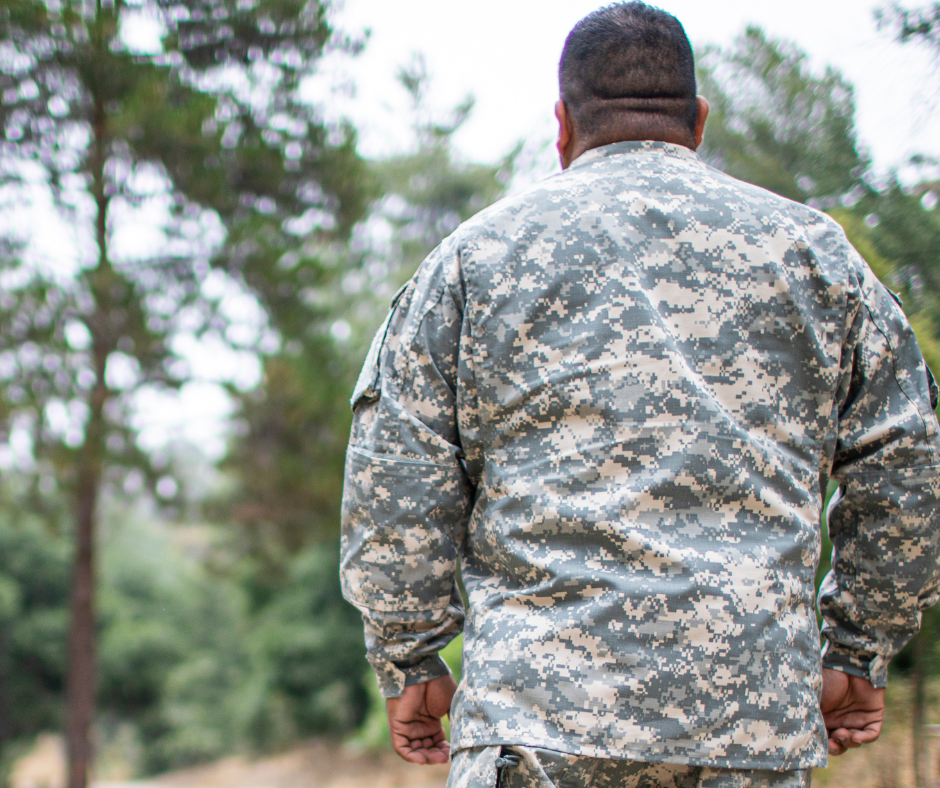 Caucasian male veterans and veterans under the age of 25 are at the highest risk of suicide.

Missouri ranks eighth in most veteran suicides in the nation as of 2019.

Veterans are at an increased risk for suicide & some veteran demographics are especially vulnerable.

Military veterans account for about 13.7% of suicides among adults in the U.S. [CDC, 2022] In 2018, the suicide rate among veterans was approximately 1.5x greater than the non-veteran U.S. adult population (Figure 1a).

Suicide rates among Missouri veterans are 40% higher than the national average, however specific demographic breakdowns are still lacking. [VA, 2018]

While a majority of veterans are assessed for suicide risk, many do not receive treatment or rehabilitation services to reduce this risk. [Watkins, 2011] However, higher levels of social support can reduce suicide risk. [Lemaire, 2011]

Firearms are the most commonly used lethal means in veteran suicide.

Federal and state governments have used a range of programs to reduce suicide among veterans.

Law enforcement response: Green Alert programs in DE, KY, TX, and WV allow the public to locate missing veterans who could potentially be at risk for self-harm.

Access to lethal tools: Some states allow voluntary programs for veterans to temporarily (CO, WA, MD, MS) or through visitation from an advocate (CO) to relinquish lethal tools such as firearms and medication during times of crisis.

Retailer education: Gun shop programs (NH and UT) provide resources for stores to provide suicide prevention materials and training on how to identify persons who may be suicidal.

Higher education: Suicide prevention training (WA) for higher education professionals to identify students who are veterans at risk of suicide.

Treatment: Many local municipalities participate in a veteran treatment court model, where veterans in substance use judicial proceedings are connected with treatment options. [NCSL, 2021]

Supplemental Table 1 lists the types of U.S. Veterans' Affairs programs and the data supporting their utility.

MOST Policy Initiative is a 501(c)3 nonprofit organization that provides nonpartisan research information to members of the Missouri General Assembly upon request. This Science Note is intended for informational purposes and does not indicate support or opposition to a particular bill or policy approach. Please contact ramon@mostpolicyinitiative.org with any questions.